The Church in Toft 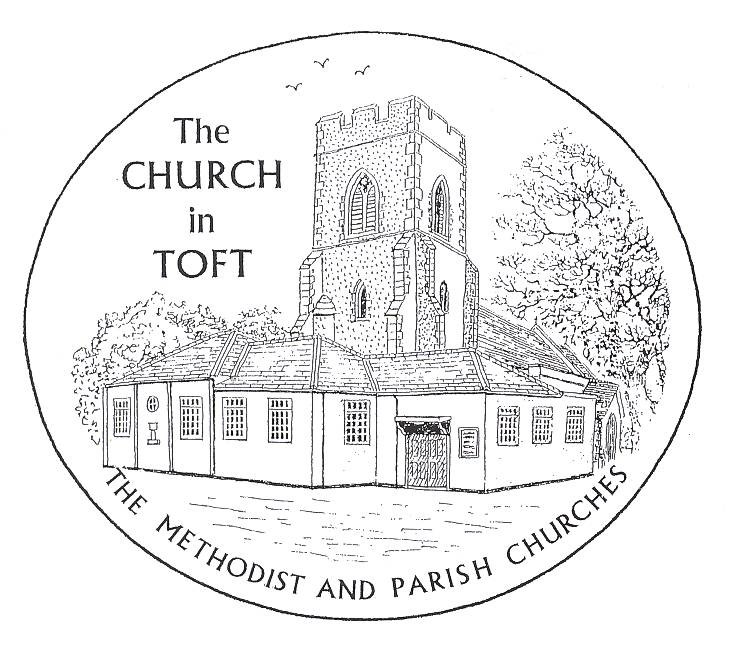 Toft is a small village approximately 6 miles from the City of Cambridge. The name "Toft" is derived from an old Viking word meaning "curtilage" or "homestead". Toft was listed in the Domesday Book of 1086 (as Tofth), then having a population of about 193.

Toft has two churches, St Andrews' Parish Church and the Methodist Chapel, which, under a covenant between the two, means they are collectively called "The Church in Toft", sharing both social and religious events for the community.

The foundation stone for a Primitive Methodist Chapel in Toft was laid on 10th June 1862. The congregation would have been mainly farm workers and their wives and one or two local farming families.  The minister would have visited once a month, so that a Service of Holy Communion could take place.  Other services were mainly taken by local preachers. To accommodate growing congregations the Chapel was expanded substantially in both 1940 and 1980. Latterly considerable additional resource has been deployed to ensure the building is light, accessible, warm and welcoming. There are accessible toilets, and ample free parking alongside the chapel. There are fixed microphones on the lectern and pulpit, plus radio mics, all connected to the loop system.

Hymns are normally selected from  Singing the Faith, New Hymns and Worship Songs and Hymns & Psalms.  There is an Organ and Digital Piano. A CD player is available for music discs.  Organists are members of the congregation, and members of the congregation also read in rotation from the New English and Good News Bibles. The Methodist Worship Book provides the formal service formats. As part of their outreach mission, the Stewards encourage use of the Chapel by local organisations, and the congregation is active and effective in raising funds for charities at home and abroad, periodic fund raising events being are well supported by the village.

The Parish Church of St Andrews

2017 marked the 800th anniversary of a church on the site of St Andrews which stands in peaceful countryside on the edge of the village. Extensively rebuilt in the 19th Century, a new north porch and WC was added in 2009.The Church has six bells, many  old and interesting features, and as the largest public building in the village is often the centre of community events.

The Church in Toft

In 2003 St Andrews entered an official Local Ecumenical Partnership with the Methodist Church to create the Church in Toft. The co-operation continues to flourish and across the two congregations has some 50 members. Worship is shared between the two buildings with a choice of services to serve the community.  There is usually an 11 a.m. service in the Chapel or the Church, communion is celebrated twice monthly, and on Wednesday mornings there is ecumenical Morning Prayer in St Andrews.